Carousel and Museum Open Extended Hours During the Fair

Come to the fair — Ride your favorite animal for just a quarter. Spend several minutes or several hours at the museum. Museum admission is $1.00 a person with children nine and under free if accompanied by an adult. Then leave Hoofbeats with the perfect memento of your four-minute spin on the most famous carousel in America. Remember, the carousel and museum are open from 11 to 8 on Monday through Saturday during Fair Week (July 22-July27). Rides are only on the hour and half hour.

The carousel and museum will be closed between 3 and 4 each day for cleaning and oiling and there may be a few times during scheduled fair operating hours that the carousel will be closed for a brief period of time due to events or award ceremonies in the park. The carousel will run only on the hour and half hour throughout Fair Week. The rides must still be spaced so as not to overheat the 114 -year old motor…particularly on days when the outside temperature is over 80. When it is 80 degrees outside…it is 87 or higher on the inside of the carousel building and even hotter in the center where the engine and Auchy clutch are located. After over a century of use, the wheel and the rotors on the clutch are wearing and will need resurfaced in the near future. It has been recommended that the number of riders per operation be capped at 30.

To help support the “care and feeding” of the animals, a favorite animal contest is being held. The nominees are: Angel Pony, Tassel Horse, Goat and the Giraffe. You can stop by the carousel and vote for one or more…vote once or vote often. Each vote is a penny and the winning animal will get the honor of wearing a grand-champion ribbon as he (she?) spins around the 45- foot platform at 12 miles an hour. The Kit Carson County Carousel was built before the jumping (up and down) mechanism was developed, so though the animals do not rise and fall like later carousels…they rotate at almost twice the speed of most merry-go-rounds. Voting starts on Wednesday and continues through Saturday at noon. 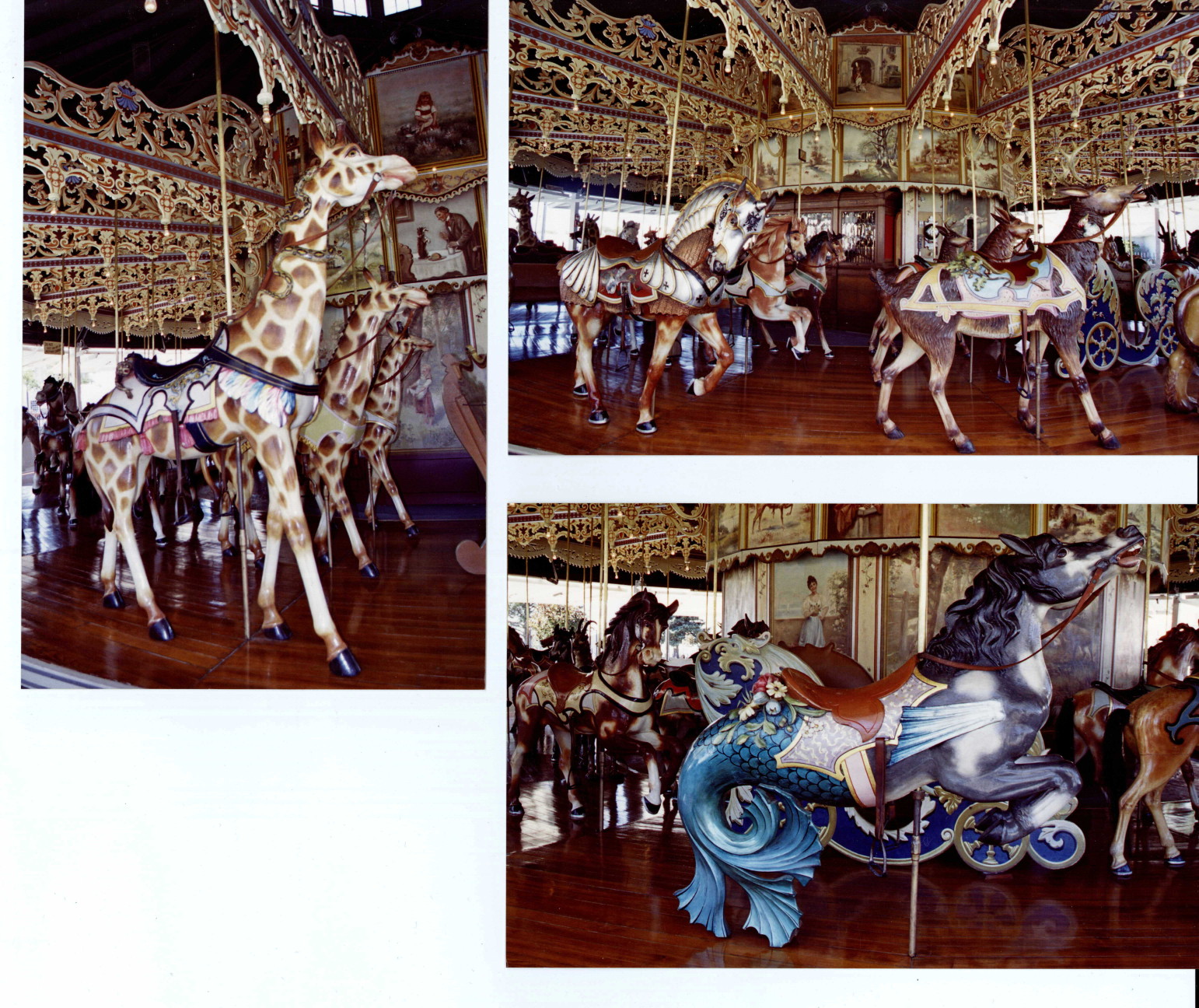