The Colorado Legislature has declared August 20th as Kit Carson County Carousel Day and the official birthday of America's favorite Merry-Go-Round. Rides will be free that day and the carousel Camel and his friends will march counterclockwise to a special rendition of Happy Birthday played on the Wurlitizer Monster Military Band Organ. A giant birthday cake (complete with 100 candles) will be cut and served to those at the celebration. The Golden Eagle Brass Band, a 45 piece concert band playing turn-of-the century marches, will play two sets in Carousel Park that day. The first John Philip Sousa style concert will begin at 2:00 p.m. and the second set will start at 3:00. The band's uniforms are styled similar to those worn by town bands in the early 1900's. So come, join the celebration, close your eyes and return to 1905 when the carousel was new and times were slower paced. To further celebrate the carousel's first 100 years, Midwest Farms and The Burlington Record and the Route Restaurant will be sponsoring a free barbeque from noon to two. Pulled pork, homemade potato salad, baked beans and all the fixings!!! 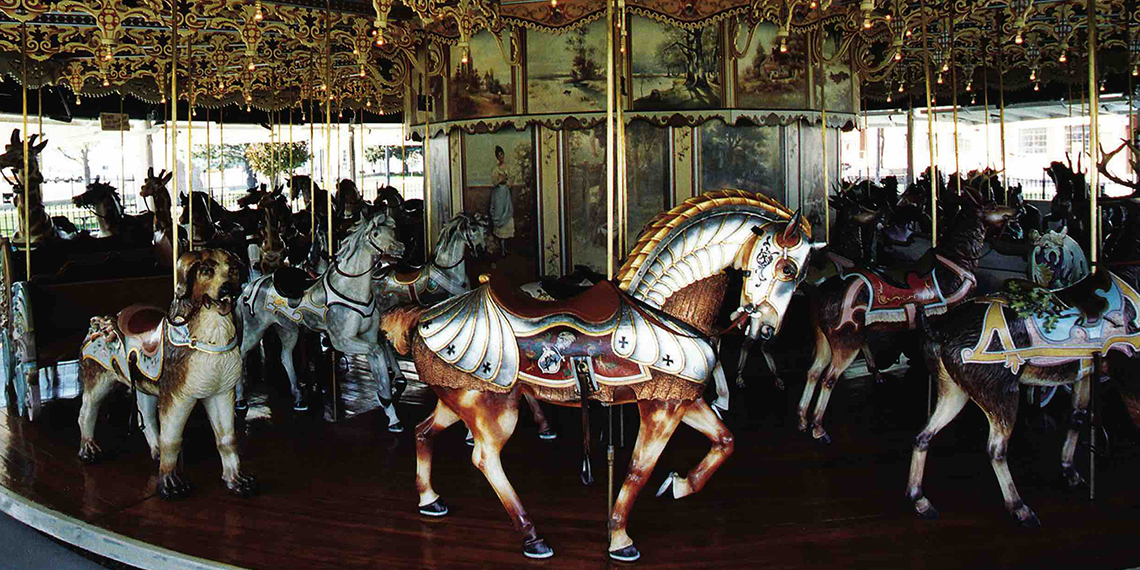 There will be numerous weekends where there will be Have Cake With the Animals mini birthday parties. Various 4-H clubs and other service groups will be selecting different Saturday and Sunday afternoons to serve homemade cake and ice cream to the carousel riders. Come, sing Happy Birthday to your favorite animal and sit a spell (or take a wonderful, magical four minute ride).

Various Centennial Items commemorating the Carousel's first 100 years will be available for sale at the Carousel. The "gem" of these items is a 265 page cookbook, Magic and Memories. The book includes recipes from the early 1900's through 2005 from citizens and families in Kit Carson County and over 50 pages of photographs and memories of the carousel over the decades. The cookbook will be "unveiled" on Sunday, July 17th with a special "cookbook" signing held that afternoon. It is planned that carousel restorer Will Morton and band organ restorer, Art Reblitz will be present to autograph the cookbooks.

Special T-Shirts, a miniature replica of the Angel Horse, and a Centennial Poster are also available at the carousel this summer only.