Opening Day is May 25th! The carousel will operate daily from Memorial Day weekend to Labor Day, 11am-6pm. We can't wait to see you!

The 114th operating season for the sixth carousel manufactured by the Philadelphia Toboggan Company is less than a month away!  Though, originally carved for Denver’s Elitch Gardens Amusement Park in 1905, the carousel now nationally recognized as the Kit Carson County Carousel came to the county fairgrounds in Burlington by train in 1928. It was placed in a twelve-sided wooden building built just for that purpose (with much of the lumber coming from two older buildings that were demolished) and was operated for the first time in Kit Carson County during its 1928 County Fair. But, the purchase price of $1200 (which also included the band organ and the freight cost) outraged many of the county’s citizens and the commissioners who authorized buying the carousel were never re-elected.  On Saturday, May 25th at 11:00 a.m. the carousel will once again welcome the summer operating season and with full citizen support. The commissioners’ jobs are safe, the giraffe and his 45 wooden friends are now considered part of the community and memories of first rides from seasons past will be passed on to new riders by great-grandparents, grandparents, and parents alike! 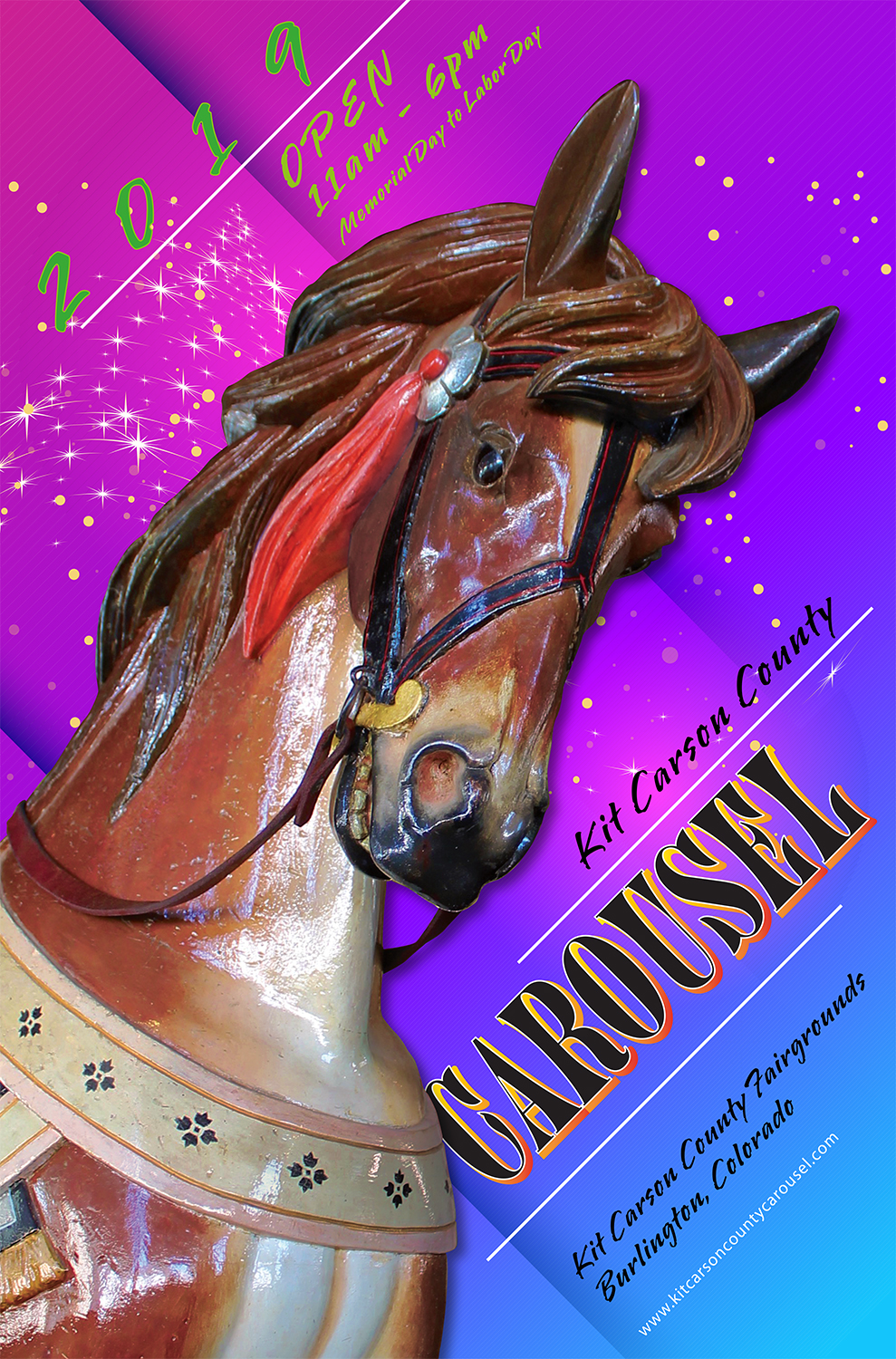