The Kit Carson County Carousel Museum opened in 2007. Located just a “football
field” away from the carousel, admission to the museum is $1.00 with children
under 10 free when accompanied by an adult. The exhibits have been designed to
educate, entertain and take the visitor back in time to the turn of the twentieth
century, when Carousels were “king”. Though the Kit Carson County Carousel
(historically referred to as Philadelphia Toboggan Company Carousel No. 6) is in
itself, a magical museum of sound, motion and light…the interpretive exhibits
help explain the “whys” and “hows” of the carousel’s existence. The largest
exhibit is the Band Organ exhibit. It has often been said that the soul of a carousel
is its band organ, for riding a carousel without music is not really riding at all. 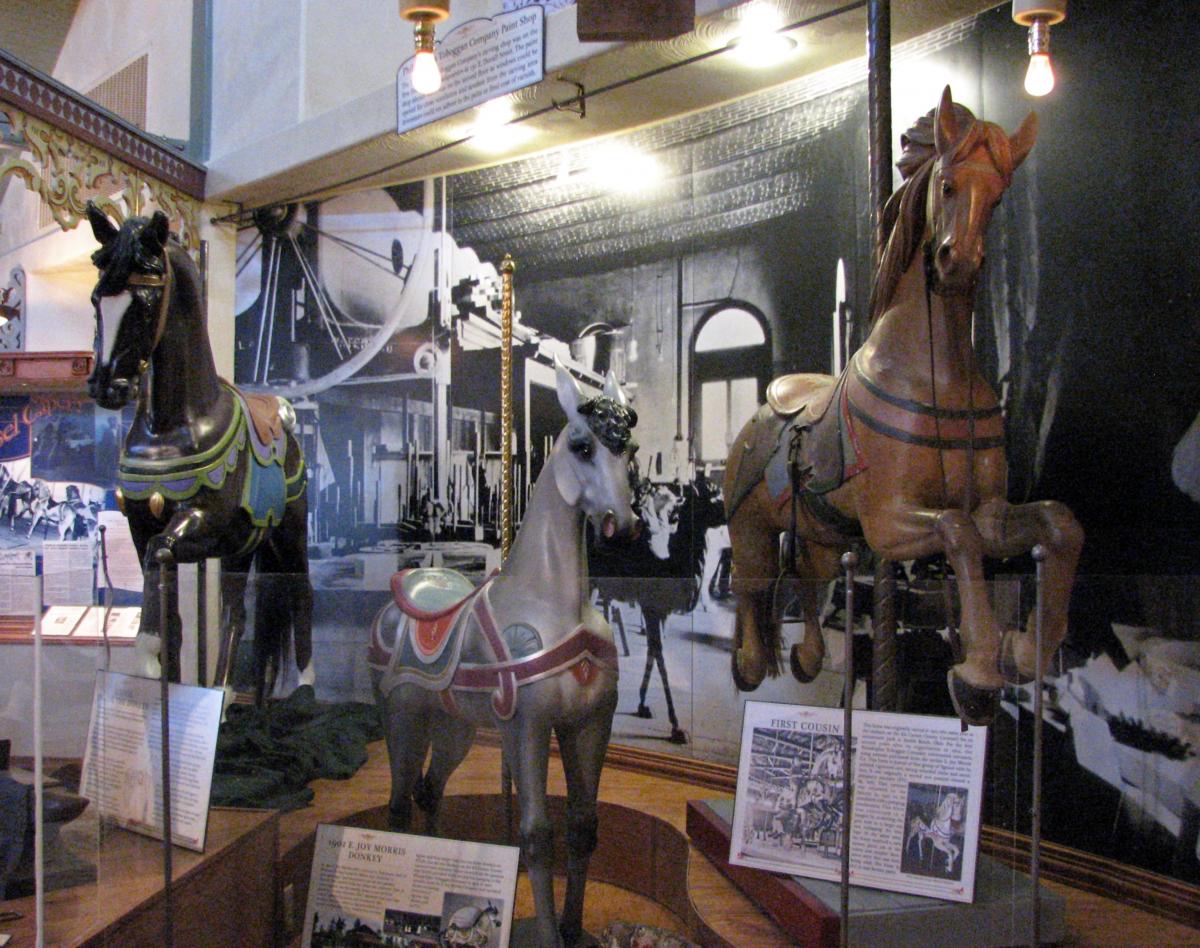 The exhibits were designed by Rand and Karen Hood of Visual West and are
specific to the history and restoration of the world-famous Kit Carson County
Carousel, its Monster Military Band Organ, the Philadelphia Toboggan Company
and the Wurlitzer Band Organ Company. Much of the joy of visiting the carousel is
the opportunity to learn about its history and its importance as the number one
surviving wooden carousel in America. 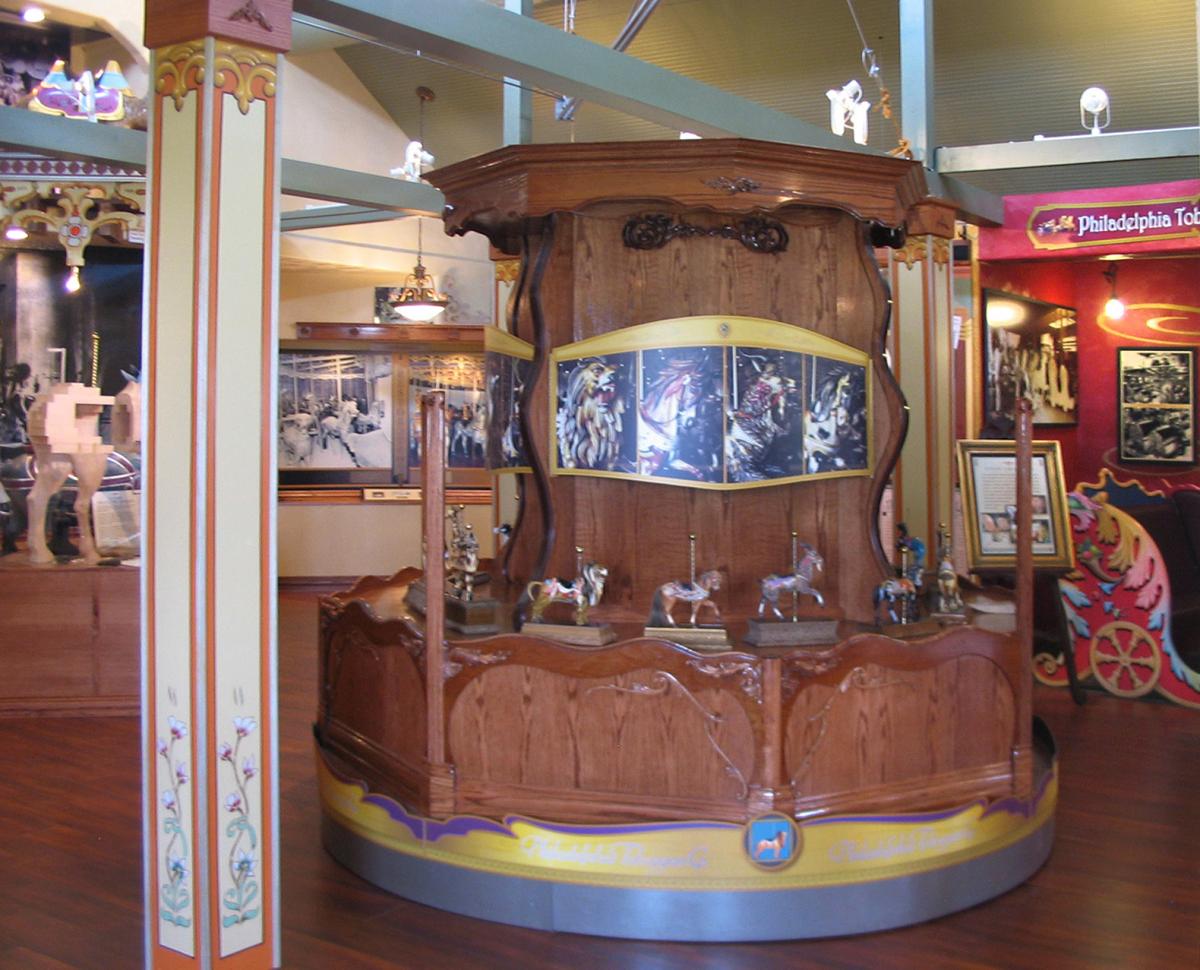 The museum is a “must-see” and a “must-touch” experience. Learn how a
carousel animal is carved!!! Try the one-note band organ and discover the magic
of music a full century okay. And…just who did paint those 45 scenery panels?