In 2004, the armored horse was the first of the sixteen outside row Kit Carson County Carousel animals to be featured on a hand thrown pottery mug produced by Deneen Pottery.  In 2019, the goat became the last of the sixteen animals to grace the front of the yearly pottery mug.  During the last decade and a half, several thousand Kit Carson County Carousel mugs have found their way into the hands of coffee drinkers and hot chocolate sippers throughout the country. Hundreds of carousel enthusiasts have bought at least one, many have bought several and some have purchased them all! All proceeds from the sale of the mugs go towards the continued restoration and operation of the carousel. 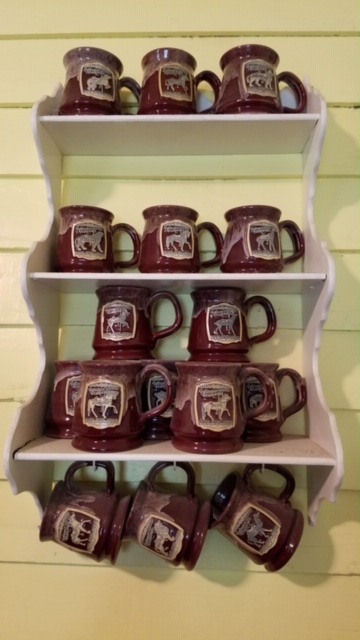