ROUND AND ROUND, BUT NOT UP AND DOWN

The Kit Carson County Carousel is a “stationary” carousel…none of its 46 animals go up and down.  The up and down carousels are often referred to as “jumping” carousels.  Because PTC #6 did not jump, and its original owner (Elitch Gardens Amusement Park in Denver) needed to “keep up with the Joneses”, Elitches sold it to Kit Carson County in 1928 and replaced it with a four-row jumping carousel…PTC #51.  The horses on #51 in rows two, three and four went up and down and were carved to look as though they were galloping. The outside row horses (except for the chariot horses in front of the elaborate Roman style chariots) still stood stately and stationary with three legs planted firmly on the platform and the fourth one bent at the knee as though it were just striding out.

Though Elitch Gardens was financially able to replace #6, some amusement parks owning the early stationary carousels sent their machines back to the Philadelphia Toboggan Company factory to be converted to jumping machines. The photos and interpretive panel of “First Cousin” compare a second- row standing horse on PTC #6 and a museum horse from PTC #9 that used to stand but was converted to a jumper in 1925. First Cousin can be seen during its operating days next to the converted armored horse on #9.  The Kit Carson County Carousel is the only stationary carousel manufactured by PTC that is still in existence.

Though PTC #6 does not jump, it offers its passengers an exciting ride; spinning counter-clockwise at almost 12 miles an hour….4-6 miles an hour faster than most carousels.  In the 1990’s, an elderly gentleman from Denver came to the Kit Carson County Fair and was quite upset to find that the carousel did not go up and down. He insisted that the County must have done something terrible to it because when he was a young boy living in the Burlington area, he absolutely remembered riding the carousel and the animals went up and down...absolutely! The carousel volunteers working that day smiled and politely stated that it had always been stationary. Sometime after that, a photo from the last County Fair that was held prior to the Depression was found in the courthouse. Ah, the man’s memory was somewhat correct! He probably did ride a carousel that went up and down…just not the” boring” one in the covered building. Traveling carnivals that came to the Fair brought several rides for the week-long event. Carnivals still come to the Fair…complete with Ferris Wheels, Whips, Cotton Candy and Funnel Cakes…but they leave their carousels at home! 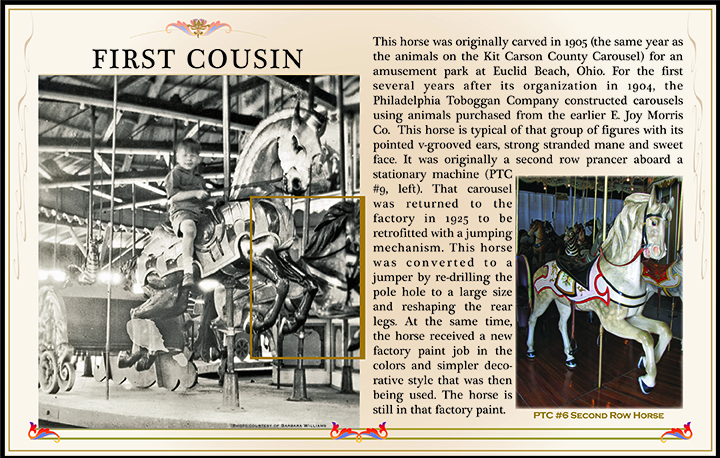 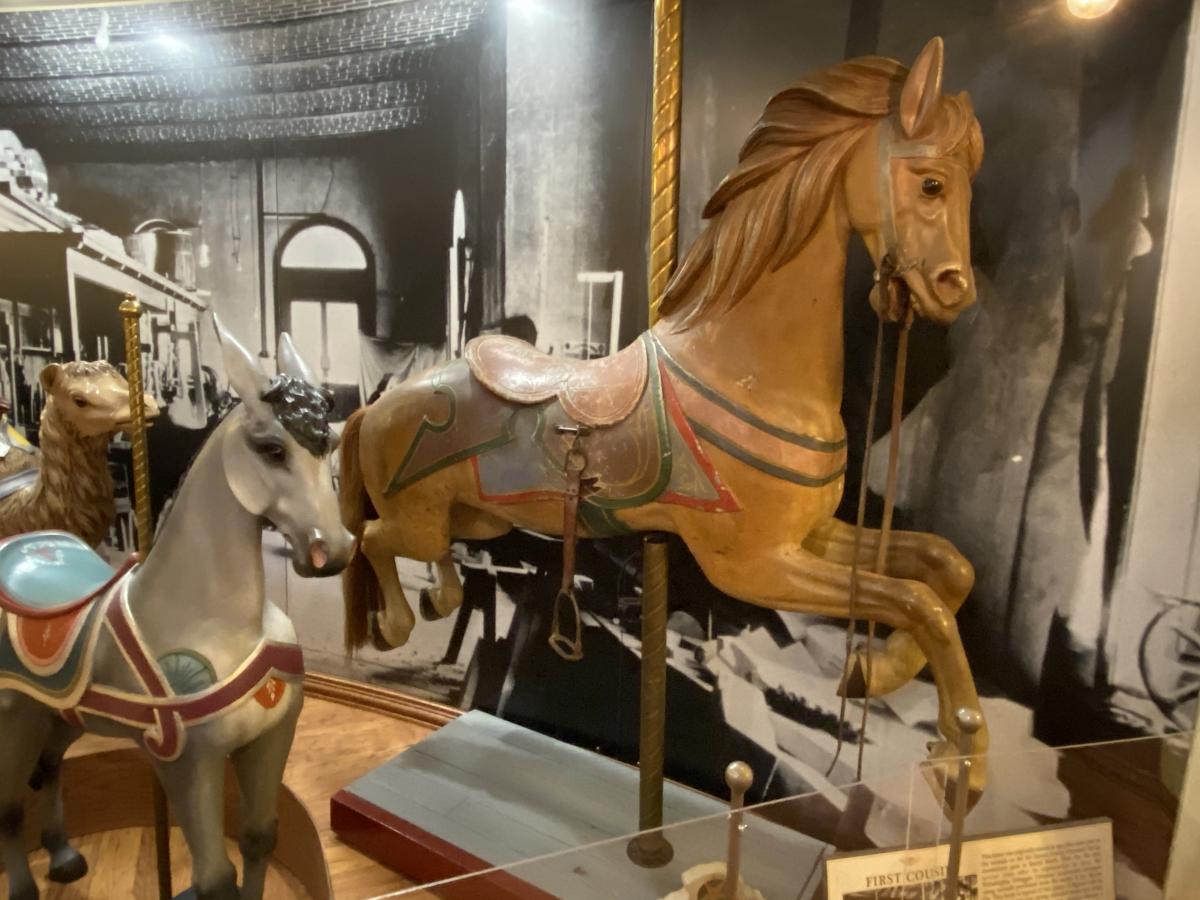