Three Cheers for the Turquoise Horse 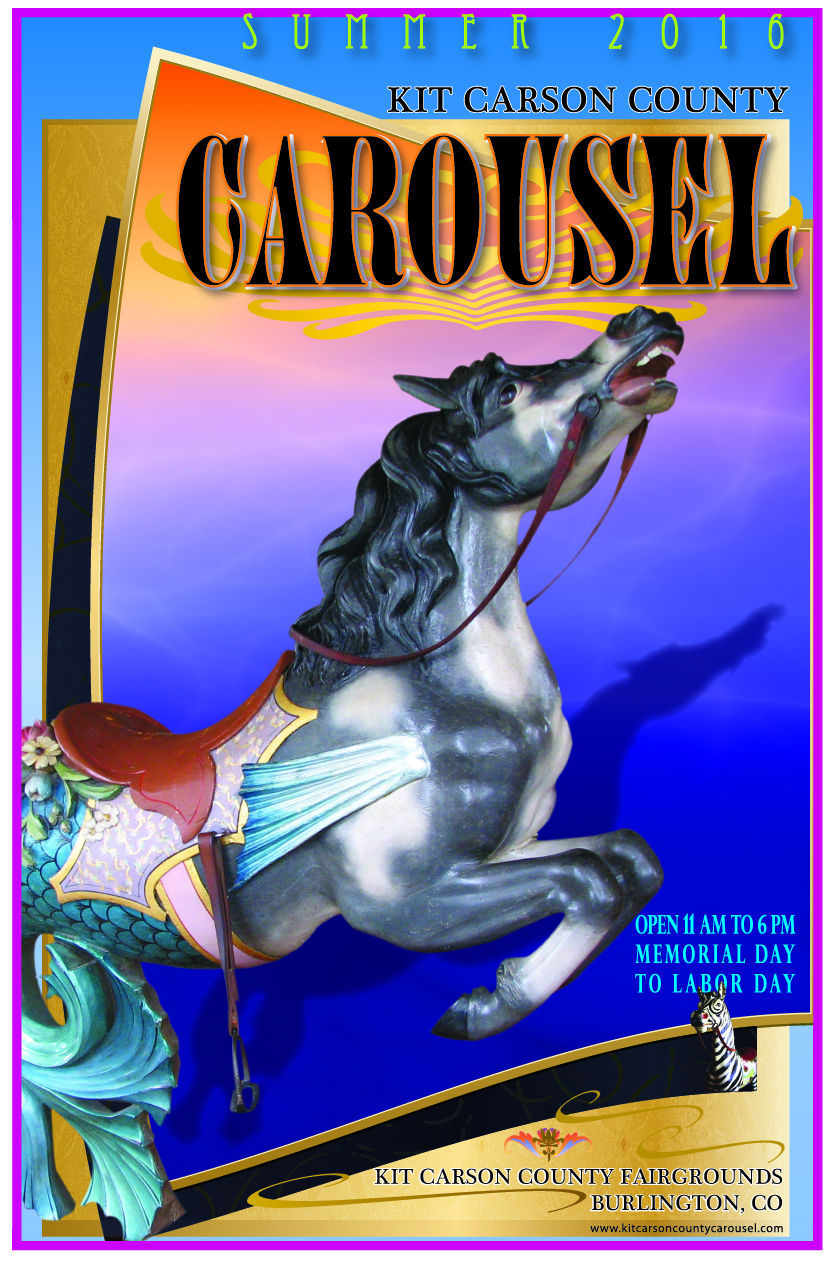 Hippocampus comes from both Greek and Phoenician Mythology but the name is purely Greek. The Greek god Poseidon was not only the god of the sea but also god of horses.  Poseidon is depicted in some tales as riding a hippocampus and in others his chariot is being pulled by hippocampi…plural of hippocampus. But there is no reason to be concerned with seahorse plurals on the Kit Carson County Carousel….as there is but one hippocampus and he is by far the most colorful of all the carousel animals. And yes, there is a hippocampus (actually two) in the human brain…a major component to long and short term memory functions and so named because it is shaped like a seahorse.  So, plan now to ride our Hippocampus and store away another wonderful memory.  The carousel opens on Saturday, May 28 and operates 11-6 through Labor Day.