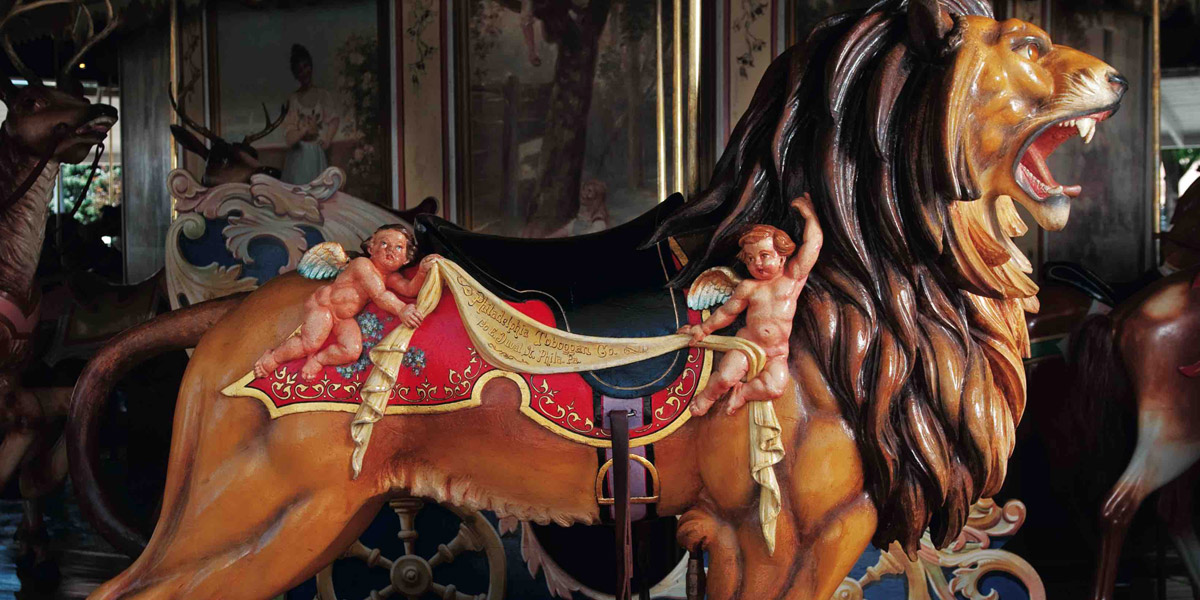 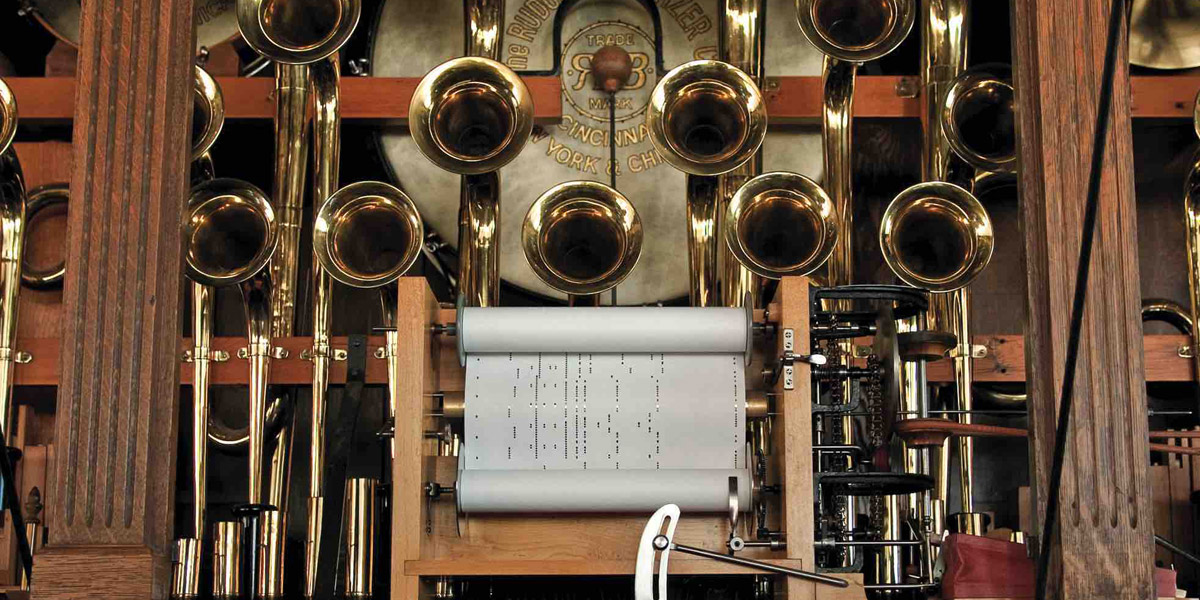 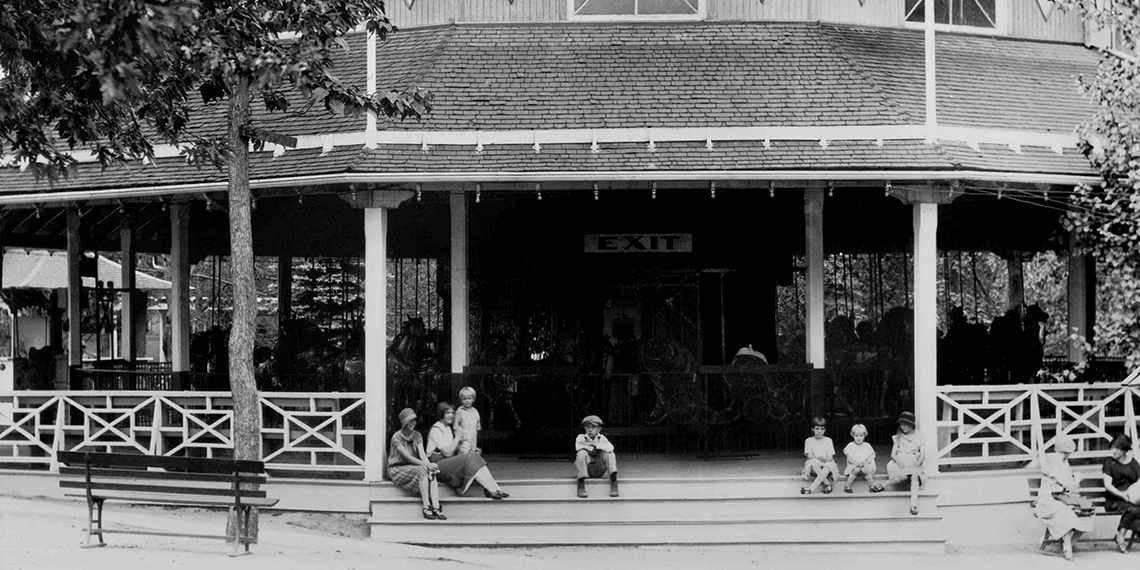 Our Monster Band Organ
Purchase of the Carousel

The 16 outside row animals are the largest. Intricate carvings range from cupids to a wooden medallion with a sculpture of an Arab sheik. One giraffe has a snake twined around its neck, and behind the saddle of a zebra is a gnome, sitting in a shell and aiming a spear at the rider's seat!

The texture of each animal's coat is faithfully detailed, and teeth, slathering tongues and hooves are carefully included. Toed animals have dewclaws, and hoofed animals are shod (even the Indian pony). There are real antlers on the deer and real horse hair tails on many of the horses. All of the glass eyes are of a color and expression suitable to the temperament of their animals. Hand-painted decorations can be found on each of the carousel figures; intricate flowers of varying design adorn many of the inside row animals. Saddle trappings are reminiscent of those used on cavalry mounts in the 18th Century Napoleonic Wars.