Looking for a fun, family getaway that doesn’t cost an arm and a leg? Request a free travel kit that includes admission to 13 attractions. There are so many beautiful and interesting things to do on Colorado’s Central Plains. 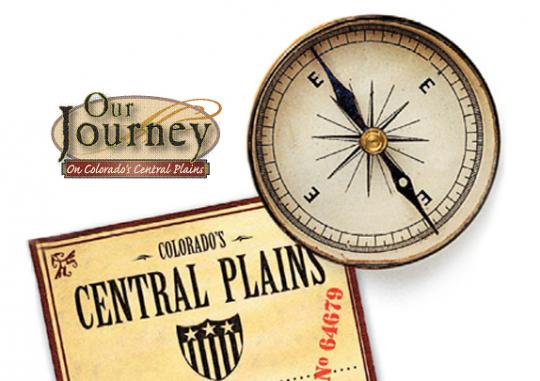 The Kit Carson County Carousel Museum opened in 2007. The exhibits have been signed to educate, entertain and take the visitor back in time to the turn of the twentieth century, when Carousels were “king”.

Located just a “football field” away from the carousel, admission to the museum is $1.00 with children under 10 free when accompanied by an adult.  Though the Kit Carson County Carousel (historically referred to as Philadelphia Toboggan Company Carousel No. 6) is in itself, a magical museum of sound, motion and light…the interpretive exhibits help explain the “whys” and “hows” of the carousel’s existence. The largest exhibit is the Band Organ exhibit. It has often been said that the soul of a carousel is its band organ, for riding a carousel without music is not really riding at all. Technical advisor and interpreter for this exhibit is band organ restoration specialist, Art Reblitz of Colorado Springs.

The exhibits were designed by Rand and Karen Hood of Visual West and are specific to the history and restoration of the world-famous Kit Carson County Carousel, its Monster Military Band Organ, Philadelphia Toboggan Company and the Wurlitzer Band Organ Company. The Hoods were assisted by carousel restorer, Will Morton in the development of the Carving Shop and Restoration exhibits. Morton also carved a replica of the Kit Carson County Carousel’s inside row camel for the museum and constructed a full-size PTC style chariot. . Much of the joy of visiting the carousel is the opportunity to learn about its history and its importance as the number one surviving wooden carousel in America. 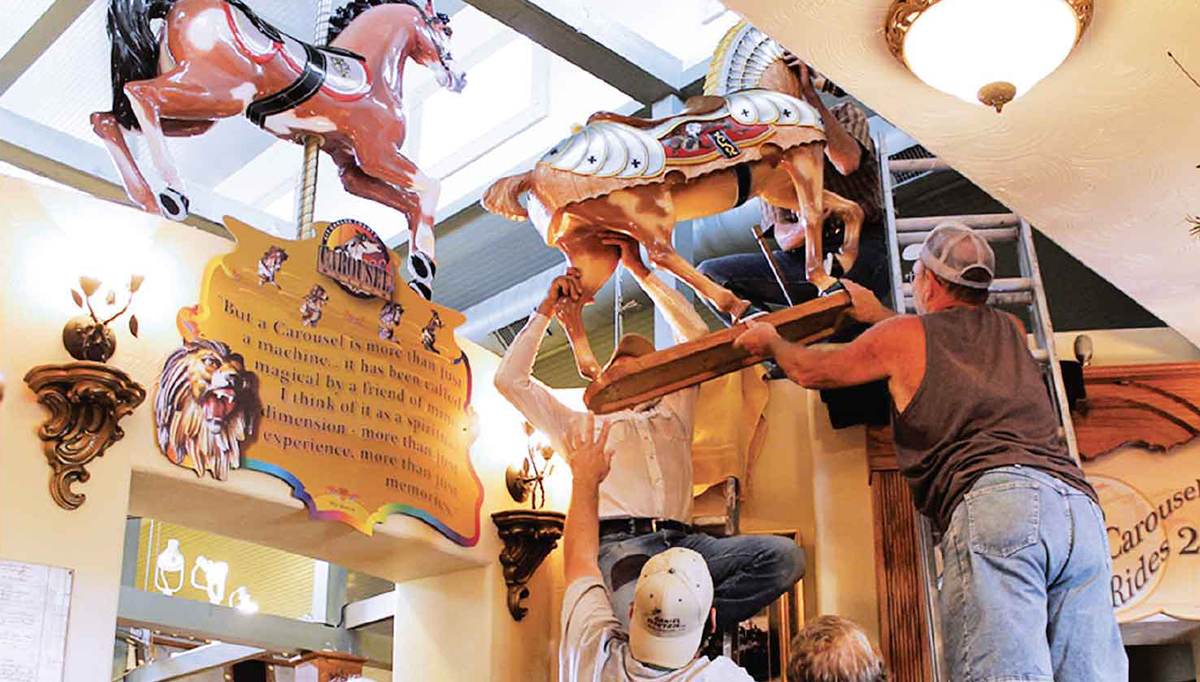 New to the museum last year were two carousel horses…Skippy and Ronald. Skippy is an early Philadelphia Toboggan inside row carving.  He was purchased from an antique shop in Denver in 1985 by Rose Mary Hammer Boicourt of Roswell, New Mexico who had fallen in love with Carousels as a young girl growing up in New York near Coney Island in the 1930’s. After her death in 2011, her family donated the horse to the Kit Carson County Carousel museum as a tribute to the years of joy carousels had given their mother.

Ronald, the second new exhibit horse was actually carved by Morton in 2000 for the Burlington McDonalds restaurant. For ten years, Ronald adorned the lobby of the McDonalds and a large billboard in Kansas along I-70 promoted the restaurant and its unique décor. Three years ago, the horse was removed from the restaurant while the store was beautifully renovated and donated to the museum.  This third scale armored horse has now been mounted on a platform near the west upper niche in the museum building.

Inside that niche is an original oil painting of the armored horse on the carousel that was done by Raymond Crouse in 1975.  So, come out to the museum and look up to welcome Ronald and Skippy to their “second season” of being part of the Kit Carson County Carousel Museum.

The museum is a “must-see” and a “must-touch” experience. Learn how a carousel animal is carved!!! Try the one-note band organ and discover the magic of music a full century before I-Pod! And…just who did paint those 45 scenery panels”?

Learn more about some of the other museums in our four county area or visit: www.ourjouney.info for additional information.